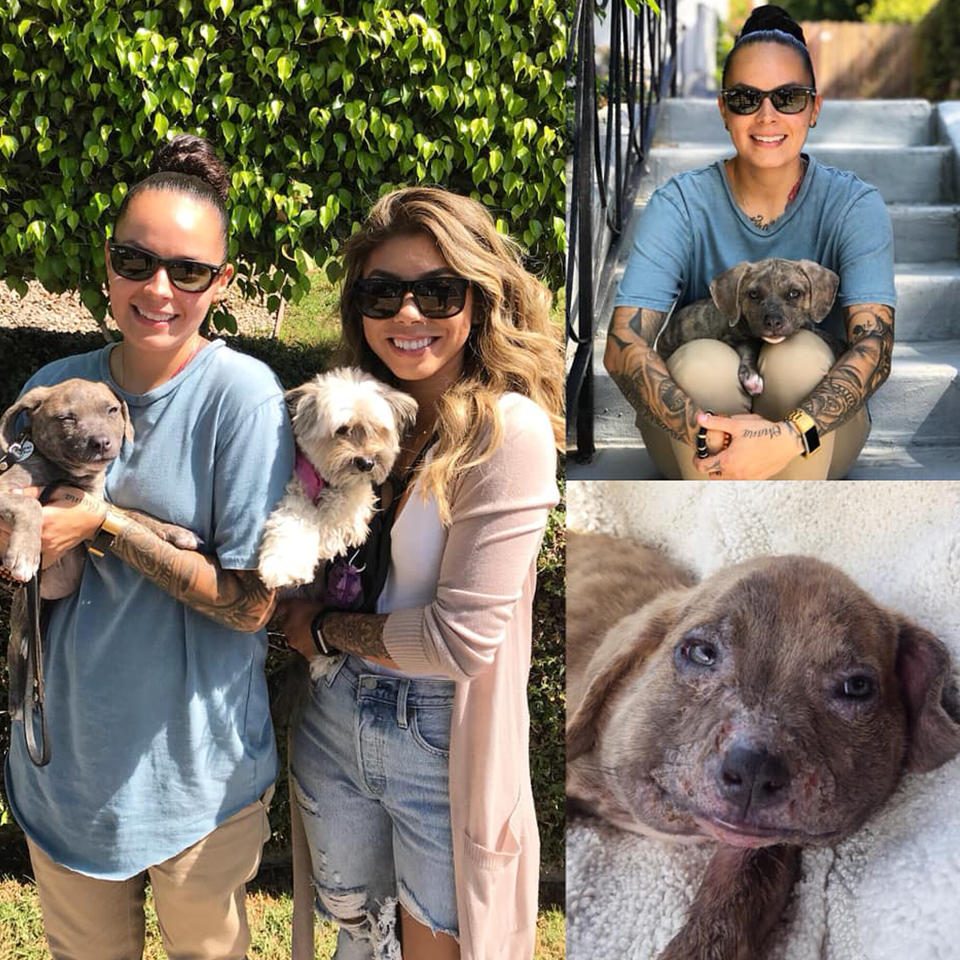 Nova was one of the most complicated – and costly rescued to date.

We were informed about a critically ill puppy at the shelter.  Due to the shape she was in – the shelter only gave us three hours to get her out and to a vet.  Luckily one of our loyal volunteers dropped everything and drove down there – battling traffic and got her to our vet.  Nova had puppy strangles which is an autoimmune issue.  In addition to that she had multiple bite wounds that had become badly infected.  She needed emergency medical care and stayed in the hospital for several days.

She recovered from that ordeal only to break with parvo a few weeks later.  Due to a weakened immune system – it was a difficult battle for her.  But Nova is a fighter and she beat parvo too.  Now she lives with her canine brother and two moms – having the best life ever.