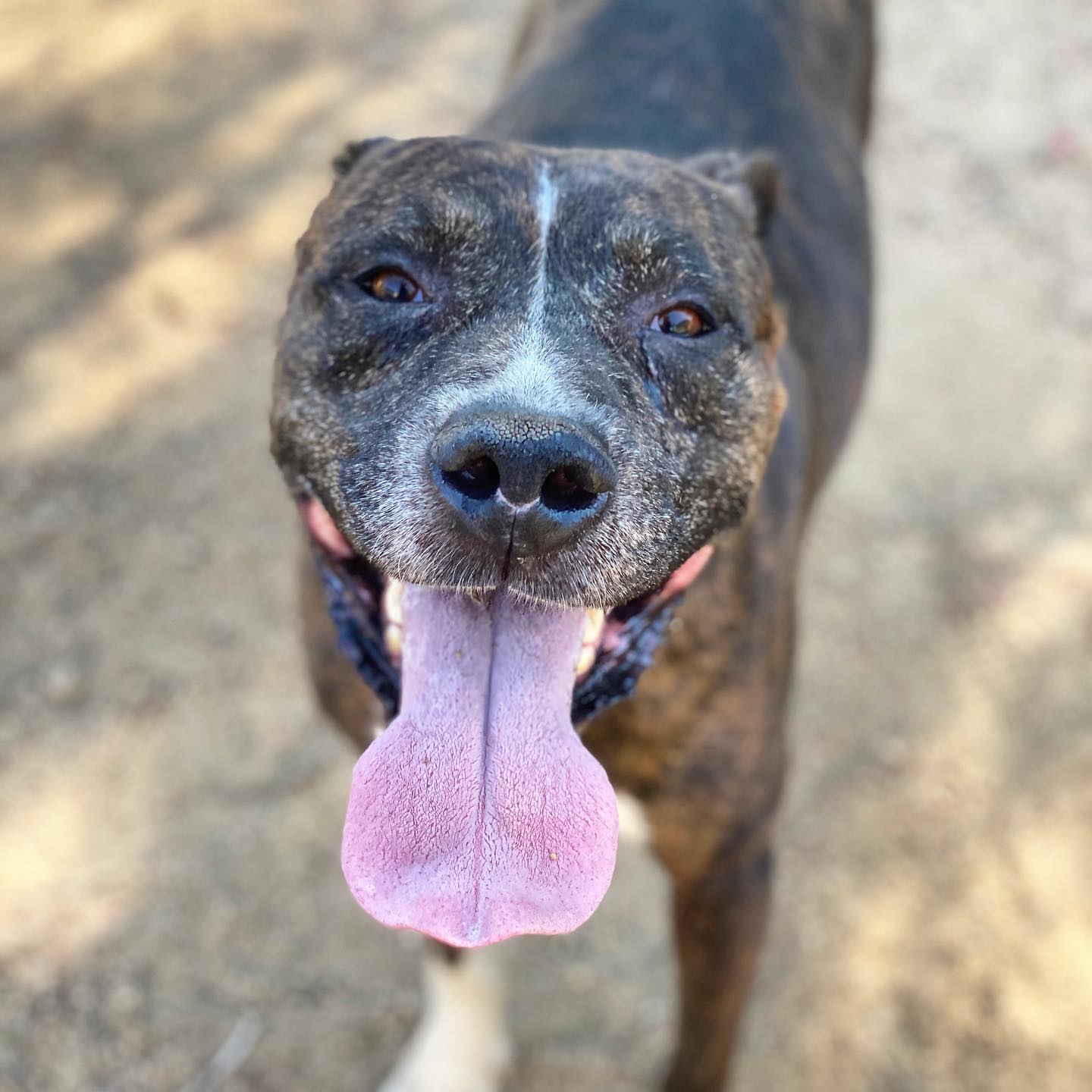 Jake is still waiting for a forever home. He was rescued many months ago from the shelter. He had a little buddy that he was surrendered with but unfortunately his friend was adopted and — he was not. The first part of his life was not the best. We believe he was mistreated which has caused him to be fearful in some situations. He seems to get especially nervous when he is approached quickly and unexpectedly from behind. He has worked with a trainer for several months on these issues and is doing much better now. But, because of this… We are requiring that he goes to home with a dog savvy person and no kids under 15. He’s a very sweet boy, and he does well with other dogs. We think he’s about seven years old. He loves to play fetch and go for short walks.
He would be so grateful for a soft bed to lay his head on and some good pets. If you think you can provide that to him, please reach out to us and let us know