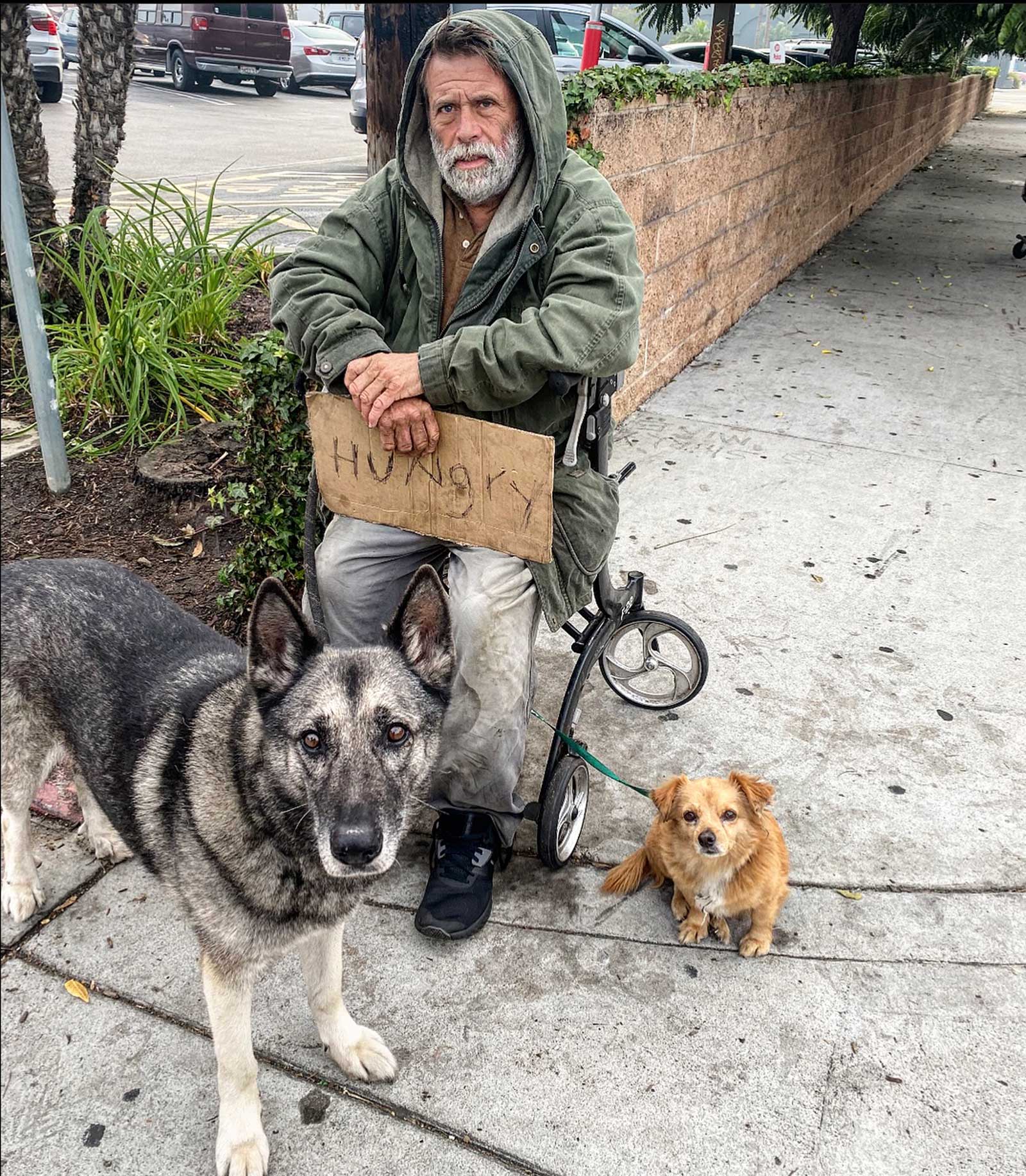 On December 23rd, I met this man and his two senior dogs outside of Ralph’s. He told me the little dog (Foxy) has been with him for 10 years and he has had the larger dog (Wolfie) for 8 years. They were sweet and well behaved and seemed to be well taken care of.
I offered him some new leashes and collars and some water and treats for his dogs. He happily accepted. But that didn’t feel like enough. So I asked him if I could help him with his dogs. He told me he had taken Foxy to the vet recently because she was losing hair and that the visit was so expensive. So I offered to get them to our vet that weekend to get his dogs bathed, a medical check up and anything else they might need. But it still didn’t feel like enough. Leaving them all on the street right before Christmas didn’t sit well with me. So I looked for a local, pet friendly motel. I decided that LLR would give them a break from the street and put them up for four nights.  Turns out he had actually stayed in that motel before and the staff was aware that he was homeless. They were very accommodating.
Obviously this isn’t a long-term solution, but if felt like the human thing to do. So many people are suffering, especially right now. And .. if Love Leo can do something to improve their lives, even if it was only for a few days to get a hot shower and a good nights sleep, we’re going to do it.